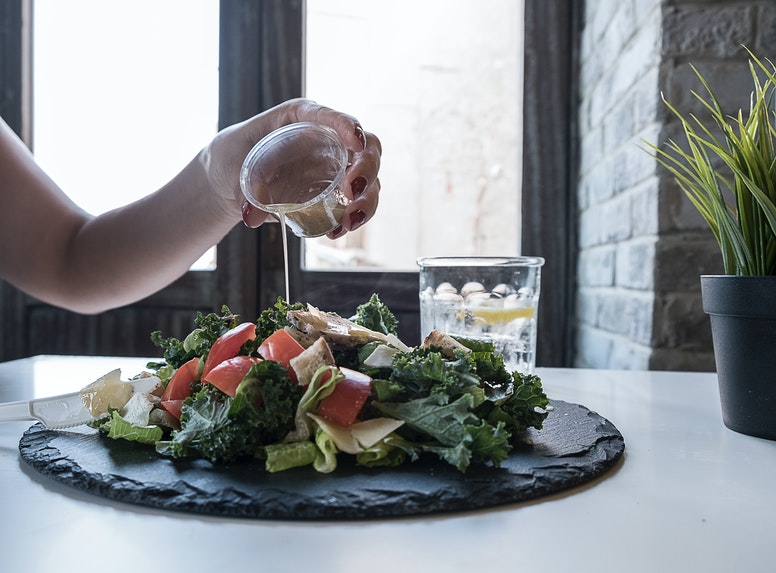 It’s 2016 and that means another year of diet fads and trends are set to be thrust upon you. If you don’t want to go through the hassle and restrictive nature diets can bring but still want to eat healthy, we’re here to help. Here is a list of 16 foods for you to try in 2016. You might be familiar with some of these and others may be new but each one on our list comes with plenty of health benefits. Whether you try them individual or find creative ways to pair them together, you can’t go wrong by adding any of these food into your meals in 2016.

– You have probably heard lots of good things and bad things about avocados and most of them are true. Yes, they are high in fat but avocados are also loaded with protein and potassium. Just remember to eat them in moderation and you’ll be fine.

– The popularity of hummus has skyrocketed over the past few years and with good reason too. Not only is it a good source of fiber but hummus also has a lot of protein in it as well.

– If you have never tried mashed cauliflower, you are missing out. This vegetable is versatile as a side dish and is very filling. You can use it to replace high carb options like rice and potatoes at dinner.

– While you might have already embraced the purple root, take it up a notch in 2016. The leafy greens of the beets are packed with vitamins and minerals and make for a great alternative to spinach or kale.

– While seaweed has long been a staple of diets in the Asia-Pacific region, it is slowly making its way stateside. The biggest benefit of eating seaweed is iodine which is something many people fail to get enough of on a daily basis.

– Turkey has long been seen as a holiday food, but it is actually a protein you might want to incorporate into your diet throughout the year. It has less fat than red meat and chicken and is perfect on sandwiches.

– When it comes to herbs and spices, feel free to be generous with the oregano. It contains a good amount of iron and also possess antioxidants to keep you healthy.

– It’s hard to believe that 20 years ago the best known use for chia seeds was Chia Pets. And while you can still find Chia Pets on the market, people have stop planting the seeds and started eating them as they are low in calories but extremely high in antioxidants, fiber and protein.

– There was a time when peanut butter was derided as being too fatty; however, things have changed and peanut butter is now once again a popular choice. Be sure to avoid processed peanut butter and go with the natural stuff.

– Those unfamiliar with the plantain have probably dismissed it as that smaller, less appetizing looking banana. However, you’d be wise to add some of these to your diet. They have more vitamin A and C than bananas while also having a lower sugar content. Unlike bananas, plantains are actually a vegetable and should be prepared like a potato.

– This Korean favorite features lots of fiber and is low in fat but it offers a whole lot more than just those benefits. Kimchi contains healthy bacteria and probiotics that help with digestion and fighting off infections.

– A spoonful of sugar may help the medicine go down but a spoonful of cinnamon can help keep your blood sugar level down. This spice comes in two forms, Ceylon and Cassia and it is recommended to use the former whenever possible.

– Here is a fruit that is not only full of antioxidants but can also help improve your heart health and lower cholesterol. If you find eating the fruit a little difficult, try pomegranate juice instead. Just make sure it is all natural to avoid additional sugar.

– Yogurt’s popularity really took off a few years ago and last year saw Greek yogurt take center stage. It seems as if 2016 will see this product of Iceland become the yogurt de jour. Skry is thicker than Greek yogurt and contains plenty of protein and probiotics that make it worth trying.

– Grains can be superfoods too and amaranth boasts a number of benefits in addition to being gluten-free. It is similar to quinoa and is actually a seed and not a grain but it’s flour is used to make breads, cereals and other products that usually contain wheat.

– It’s been dubbed the protein of the future and looks as if crickets will find their way to American supermarkets in 2016. If eating a cricket is too gross for you to consider, we’d recommend trying a product made from cricket flour instead. Maybe you might just even like it after trying it. You’ll certainly enjoy all the protein it contains.