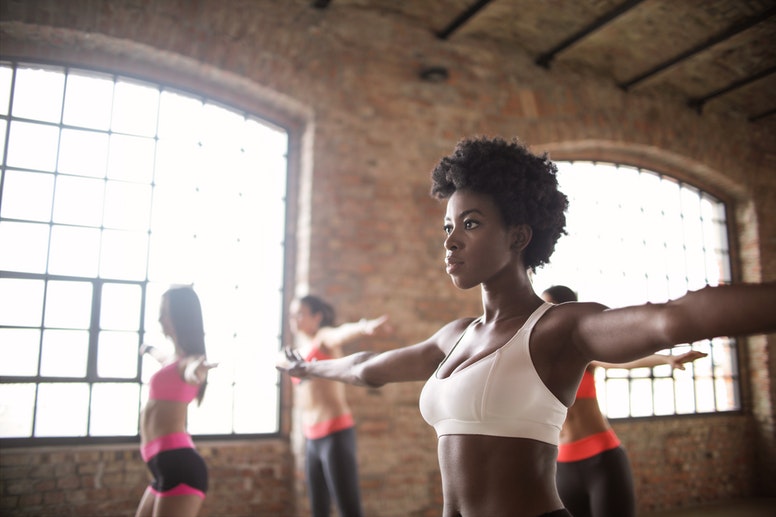 African American women who exercise regularly could be lowering their risk of breast cancer, according to a new study. While links between breast cancer and exercise levels and intensity have been found in previous studies involving women, the participants have primarily been white women. This latest research adds in some interesting missing gaps and highlights once again the benefits of an exercise plan for women’s health and wellness.

More than 44,000 African American women participated in a recently published study carried out by researchers from Boston University’s Slone Epidemiology Center. The Black Women’s Health Study (BWHS) looked at the exercise levels of participants, as well as the type of exercise, over a period of 16 years. They observed who did and did not develop breast cancer.

Women exercising for seven or more hours per week were less likely to develop breast cancer than African American women exercising for less than an hour. This finding was based on vigorous activities, such as cardio exercise and running. Their risk of the disease went down by 25%. Similar results were found with those women who briskly walked but not with those who strolled at a normal pace. The research findings were the same regardless of the status of the estrogen receptors for the cancer.

Another recent study linking physical activity with a reduction in the risk of developing breast cancer did not involve African American women but focused specifically on post-menopausal women. Once again, a link was found.

The French study at the Institut Gustave Roussy studied post-menopaulsal women for eight and a half years on average. Out of the more than 59,000 women involved in the study more than 2,100 were diagnosed with breast cancer. Levels of exercise were correlated to this to find results independent of women’s weight and body fat, as well as waist circumference and exercise levels five to nine years before the study.

Another important element to the findings was that this protection against breast cancer dissipated once exercise ceased.

There is also evidence that exercise can benefit women in the early stages of cancer whilst they are having treatment. The benefits studies have found include both psychological and physiological or functional. Certainly, given that exercise can help enhance your mood, as well as act as an anti-anxiety treatment, it is not surprising perhaps that this can also help tackle some of the emotional issues related to battling a serious illness.

Much emphasis and focus is put on weight when it comes to female fitness; you only have to look at the revenues the diet industry bring in to understand this. However, while looking and feeling great are important, the health benefits of exercise for women of all ages and fitness levels cannot be underestimated. It seems there is new evidence being continuously established to support exercise for women; so there really is no excuse not to get up and get going.