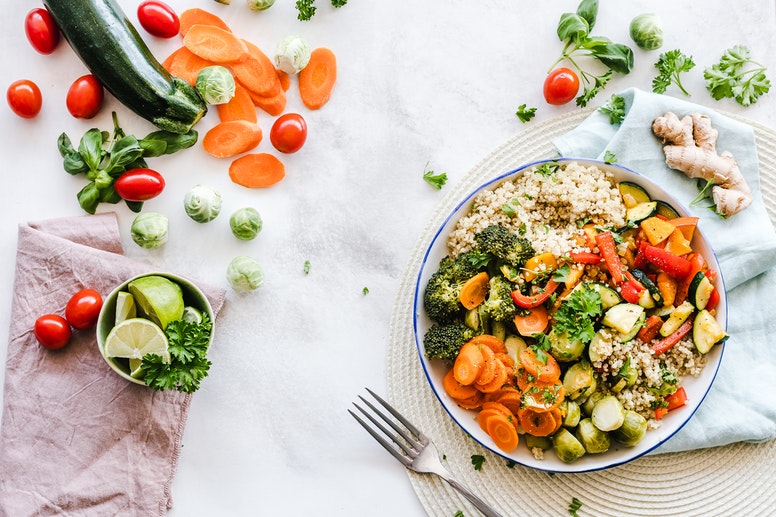 From Atkins to low-fat to cabbage soup to Paleo, there always seems be some new diet fad making the rounds. But despite all the celebrity endorsements, it’s worth finding out how good they are at actually helping you lose weight in a healthy way. Whenever you start a new diet, look at exactly what the plan involves. Some of them have such strict rules to follow, that they are not worth doing, if you’re the type to have an occasional lapse.

What’s more, some of these diets can actually be dangerous if you follow the plans to the letter – you may lose weight, but at the expense of your good health. So we’ve brought together six of the most popular diets of the moment with hints and tips for following them safely, so that you get the best benefits for your body and overall health.

Needless to say, you can’t munch on high-fat foods all-day, every day and expect to stay slim and healthy. But for far too long, people have take low-fat diets to an unhealthy extreme. Doctors used to believe that saturated fat found in animal-based products clogged arteries and caused heart attacks. Pasta and bagels then became the new health foods, and you could find low-fat versions of just about anything. But the truth is that what low-fat foods lack in fat, they make up for in twice the amount of carbohydrates and added sugars.

So what do you do? The trick here is moderation and balance. Avoid going completely low-fat on your diet, and keep a balance between low-fat foods and fruits and vegetables. It’s okay, too, to have high-fat foods from time to time; just not all the time!

Remember when carbohydrates became the new pariah? People would ditch pasta, potatoes and beer, and then go on to order a breadless cheeseburger without fries. And though many people lost weight through being carb-conscious, many gained it right back because they went to such extremities that their bodies became carb-starved and nutrient-deprived, causing them to binge.

The fix is to make sure you get approximately one third of your calories from fat, another third from protein, and the final third from carbohydrates. While you may end up getting a few more calories from carbs, that’s actually okay as long as they’re from the right sources, such as whole grains, beans, yogurt, fruits, and vegetables.

The Paleo diet is one of the latest food crazes, and a huge hit among the CrossFit crowd. The theory is that a Paleo diet is the “caveman diet”, and goes heavy on foods similar to those our prehistoric ancestors ate. That means the focus is on the consumption of meat, poultry, fish, fruits and veggies, while avoiding grains, dairy, refined sugars and pretty much any processed foods. Sounds good, doesn’t it? Except there are drawbacks. By eliminating dairy and grains, it is hard for your body to get enough calcium and vitamin D. What’s more, Paleo shuns beans because they contain lots of phytates, compounds that decrease the bioavailability of vitamins and minerals. Yet since the fruits and vegetables that are encouraged in a paleo diet do have phytates, it doesn’t seem to make sense to avoid beans.

It’s better to keep grains on the menu. You don’t have to have a significant amount of grain-based food to meet all of your nutritional needs, and the less processed the better. A grain-free diet will leave you lethargic in the longer term.

For those with celiac disease, which is a serious autoimmune condition triggered by gluten, a gluten-free diet is a medical necessity. But for for the majority of us, there is no reason to avoid gluten. Gluten is a protein composite found in barley, rye and wheat, and while many think gluten-free foods are healthier, that’s not necessarily the case. In fact, gluten-free packaged foods tend to have more added sugar and calories, while eliminating a great source of fiber, protein, and key vitamins and minerals.

Many people even shun gluten because they think it gives them gas and cramps, but new scientific evidence suggests otherwise. So don’t just assume that the problem with your diet lies in gluten, because doing so means you’ll be missing out on important food groups. Instead, limit your gluten intake while keeping it on the menu. If in doubt, check with your doctor and be tested for gluten allergies.

The theory behind a raw food diet is that cooking destroys many of the vitamins, enzymes and other nutrients in food, so eating everything raw ensures you get the entire nutritional package as nature intended. However, this isn’t true for everything. For instance, the nutritional content of certain vegetables such as tomatoes, carrots, cruciferous vegetables and leafy greens actually increases once they’re cooked.

It’s best to have a mix of raw and cooked food, because a raw food diet is extremely hard to follow and, more often than not, we end up sacrificing on nutrients. And why eat everything raw in the first place when some things taste better, and are even healthier, when cooked?

A high-fat regime cuts your carbohydrate intake in favor of a high-protein, high-fat diet. It’s becoming increasingly popular, and people are eating more foods like avocados and almonds. The problem is that eating too much protein or fat leads to the ingestion of many calories, too. What’s more, if you eat more protein than the body needs then some of the amino acids in the protein turn into glucose, leaving the body with a reduced ability to burn fat. A high-fat diet plan can also be very low in fiber, risking an increase in inflammatory gut bacteria that can lead to a buildup of plaque in the arteries.

The bottom line is not to fixate on increasing your fat intake, but to instead aim for a balanced ratio of fat, protein, and healthy carbohydrates.

Some diet plans allow you to lose weight at the expense of your own health, due to misconceptions about the intensity of the plan. Maintaining balance in your diet is crucial; after all, indulging in too much of something has its own set of drawbacks. With that in mind, if you are looking to slim down while staying healthy, or want to learn more about how dieting and nutrition can benefit your body, simply give us a call and we’ll be happy to help.