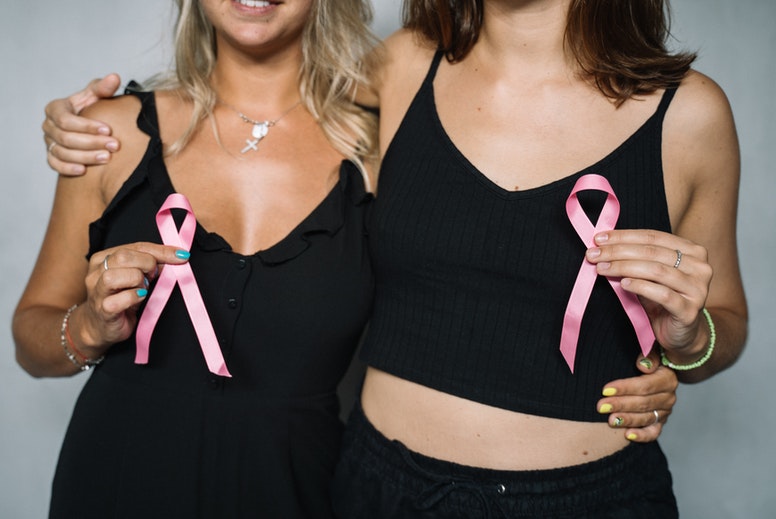 The link between cancer protection and exercise in women is being researched more and more and the results are fascinating. A recent study, about to be published in next month’s International Journal of Cancer, reveals some potentially startling results about how working out can combat breast cancer in women.

It has come to that point in the year already, when many women have already abandoned trying to kick bad eating habits and have given up on trying to shift excess weight. With resolutions out the window, is it just a matter of trying to kick-start the same old motivation? Well, if you fall into this category, why not focus on not just how you look and how fit you are, but also on the potentially amazing health benefits fitness could bring.

It’s not just about what you can see in the mirror
It’s difficult to avoid focusing on the physical and what you can see before you. And actually, if what is reflected back is an overweight or out of condition body, then this is a good sign that all might not be in peak condition inside too. If you are trying to keep on track with the amount you exercise, and the intensity, then you need to look deeper at why you are working out or why you need to; the reasons go way further than what you can see in front of your eyes.

Breast cancer protection
Women are reported to reduce their risk of breast cancer by 30-40% as a result of a hormone called irisin. This hormone reduced aggressive breast cancer cells in the University of New Mexico study in the lab and also had a positive effect on a common breast cancer treatment drug, thereby improving survival rates too. Irisin is released after intense or vigorous exercise from the muscles, therefore possibly linking breast cancer treatment and prevention to physical activity.

The irisin was found to reduce malignant cells by 34% when compared to the non-malignant cells, with cancer cells moving to other areas reduced by 51% and cell death higher in those cells treated with irisin. When combined with the chemotherapy drug, cell deaths were higher, although the findings showed that absorption of the chemotherapy drug reduced at higher concentrations.

I have never heard of irisin!
You won’t be alone as it was only discovered in 2012 and is not subject to much research as it has an impact on energy metabolism and therefore has a vital role in areas such as combating obesity and disorders associated with this, such as type 2 diabetes. It is not known how irisin may help reduce breast cancer risks but it could be connected with helping reduce inflammation.

While there is much research being carried out about how physical activity connects to our whole body health system, the best approach you can take is to not narrow your focus down to how you look. Instead, look at the wider health picture and take a more holistic view of exercising for your overall wellbeing.