is it a bad idea to play music in a yoga class? 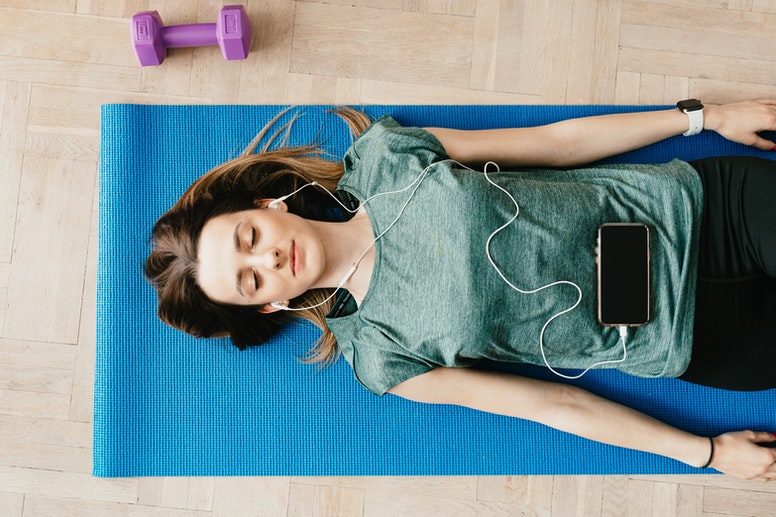 Nowadays, we listen to music wherever we are. We listen to it while we’re in the train, while we’re in a restaurant, while we’re working out and even while we’re walking around town. But should we be playing it during our yoga sessions? Since yoga is a meditative practice that involves movement, it can seem ineffective to listen to any sort of music while doing some much needed self-reflection. Here are the common reasons why people think it’s a bad idea to bring music in a yoga class.

Silence is required in yoga

In a class where silence is needed to achieve a ‘higher state of being’, blasting loud music during a yoga session can be counterproductive. Yoga is about concentration and calming the mind but erratic music tends to distract you from keeping this goal. Playing an album with varied rhythms and volumes makes it more difficult to focus on your breathing and poses. As soon as you’ve adapted your breathing to one song, another one immediately takes you out of sync when a song with a completely different tempo begins to play. This means maintaining your poses becomes a lot harder.

Studies show that music switches on different parts of your brain which elicit an emotional response from the listener. These responses can be apparent in roaring and aggressive rock and pop songs. So instead of trying to achieve inner piece, you’re off thinking about punching someone in the face while doing a downward facing dog.

Equally, exposure to loud music can suggest your body to respond by pumping adrenaline and cortisol into your bloodstream. These are hormones secreted when your body is experiencing certain levels of stress to help your respiration and give you more energy. While this is usually good for more intensive exercise, it can seem out of place in a yoga environment and even make you feel quite uncomfortable while meditating. It’s also incredibly difficult to hear your teacher’s instructions while the music is just booming throughout the studio. Remember, the session should be used to help you reflect on yourself and not about the new Kanye West album.

While these common ideas are being held by many yoga practitioners there are some that are open to the idea of having some music guide their meditation. Music in yoga supporters, believe that both music and yoga on their own provide therapeutic benefits for their mental and emotional state. So it only makes sense for them to combine these two types of treatment together to create an even better experience.

At the end of the day, meditation in yoga is not just about simply sitting still on a pose in silence. Yoga is about finding stability in your mind and if some music can inspire you to do this then what’s the harm? If the music supports and enhances your meditative experience then by all means use it in your sessions. There is no one way to practice yoga.