Naked Yoga: the Next Big Thing 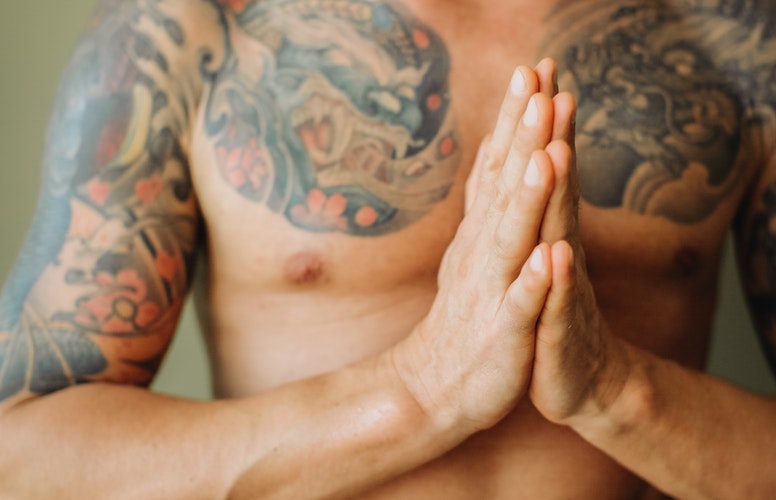 In the yoga world, it seems like everyone is looking for the next trend. This year we’ve seen hot, office, and live music yoga varieties grow in popularity. One trend making waves recently was shirtless yoga. If you decided to try that form of practice, then our next suggestion isn’t all that wild. And if you thought shirtless yoga was crazy, you ain’t seen nothing yet. We’re here to introduce to you the newest trend in yoga – naked yoga.

There you are in yoga class, eyes closed and breathing deeply in the twisted sage pose. You open your eyes and notice something wrong. The person next to you doesn’t appear to be wearing any clothes. You dismiss it as a figment of your imagination, close your eyes again, and switch positions. You release your pose, open your eyes once more only to be startled by the sight of another naked person. You start looking around at the entire class to soon realize everyone in the room is as naked as the day there were born.

To some people this scenario might sound like the makings of a bad dream, but it is actually becoming a reality at yoga studios across the country. Naked yoga has gone from being thought of by more conservative types as deviant behavior, to a respected and growing form of the practice. More and more studios are offering naked co-ed yoga classes to meet growing demand.

We understand the thought of practicing yoga in the nude around others may seem like a frightening proposition, but there are numerous reasons to consider giving it try. Before dismissing it completely, consider some of the following reasons others are raving about naked yoga.

Finally feel comfortable with your body

It can be hard for people to feel liberated from the body image they have created for themselves. Oftentimes there is a desire to cover what we perceive to be imperfections, and that can lead us to feeling uncomfortable in our own skin. That all changes with naked yoga. By practicing yoga in the nude, you no longer have the option of hiding or covering up the parts you don’t like. Eventually you learn to be more accepting of your body as it is, instead of how you perceive it to be.

You will also see how others with less than perfect bodies – and trust us, there will be plenty of them in your naked yoga class – are able to have confidence in themselves. Ideally, you will learn to accept and maybe even love your body the way it is after seeing others who are able to do the same.

Practice yoga the way it should be

Yoga is a practice that is thousands of years old. And for most of that time, yoga practitioners were not rocking yoga pants and tank tops. In fact, yoga fashion is strictly an advent of modern times. The reality is that the body should be free when doing poses, and there is nothing freer than being naked.

Those who enjoy naked yoga claim to be more mindful and aware, because of the greater freedom they have during class. No matter how light your clothes may be, they are still restrictive – and the more something is restricting your movement, the less likely you are to achieve true awareness of your breathing and poses.

It’s not the creep market you would assume

When we first told you about naked yoga, you probably pictured a class full of middle-aged men with moustaches, trying to pass off their doormat as a yoga mat in an attempt to catch a glimpse of some skin. In fact, the reality is that only the most serious yogis sign up for naked yoga classes.

People who practice this are there because they are committed to yoga, and want to experience the freedom naked yoga brings, not because they are hoping to catch a glimpse of the bits and bobs of the human anatomy. Chances are you are more likely to be ogled or stared at during a trip to the gym than at a naked yoga class.

It comes down to this – if you enjoy yoga, you should at least give naked yoga a try. Think about how many people thought hot yoga sounded awful before going into a studio for a class? A lot of those people came out fans of the practice. Sure, naked yoga sounds scary, and it will force you to face some fears, but isn’t that what life’s all about? Even if you don’t like it, at least you can tell your less-committed yoga friends you had the courage to give it a shot.

If you are looking for a welcoming, diverse place where you can practice yoga, then come check out our studio. We offer all kinds of yoga classes designed to help you get the most out of your yoga experience.