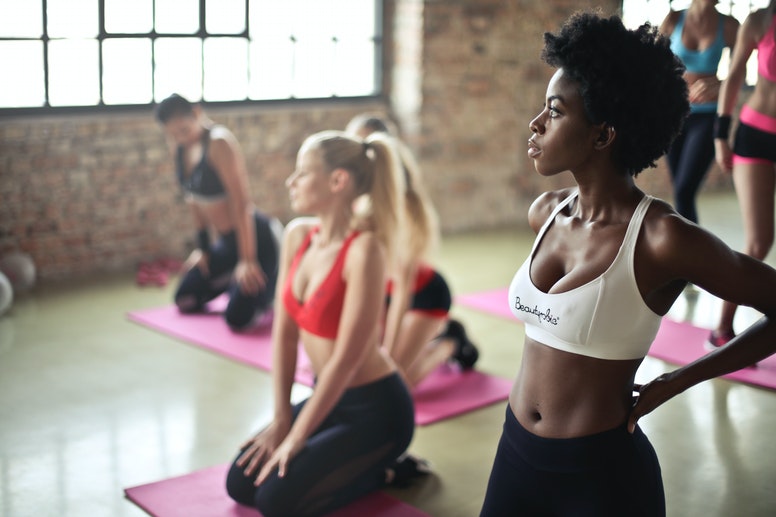 Competition and yoga are two words you don’t see put together very often. It’s also quite difficult to imagine yoga as anything more than a class that you go to after work. However, it’s a thing, and the world of competitive yoga is making great leaps to establish itself as an Olympic sport. Already celebrating its 13th year, the International Yoga Sports Federation claims that the purpose of competitive yoga is to inspire others to take up the practice and gain from its health benefits. So how does competitive yoga actually work? Here’s everything you need to know.

How do you compete?

In competitive yoga, yogis are given three minutes to perform six different poses. Each pose has to be held for at least three seconds to be counted as a successful pose. Yogis have some freedom on the choice of poses that they wish to execute. However, four poses are mandatory and must contain variations of a stretch, a twist, a forward bend, and a back bend. Of course, judges factor in the difficulty of various poses too. For example, a forearm stand or a one handed tree pose are likely to be awarded more points than a downward facing dog.

So how do they decide the winner?

A panel of judges, from professional yoga studios, are positioned in front of the stage, where they decide the fates of many hopeful yoga contestants. Much like gymnastics point systems, competitive yoga is weighted on a scale of 60. This means that the maximum amount of points a pose can be awarded is 10. However, not many people have been able to achieve a perfect score. In fact, the highest number of points that have been awarded to a competitor is a 42.

What the judges are looking for in each performance is the difficulty of the pose, if they can maintain balance, breathing and the perceived concentration of each contestant. Although it does sound ridiculous at first, many gymnasts and contortionists have underestimated the difficulty of competitive yoga. While an individual’s body is contorted in an impressive yoga pose, it can be extremely difficult to remember proper breathing techniques, which can cause their entire performance to fall apart. Basically, if you can make a pose seem effortless, you get more points.

Putting yoga, a traditionally calm and judgement free hobby, into a competitive scene can seem quite contradictory. But, apparently, contestants are actually quite supportive of each other and don’t resort to trash talking like you would see in other competitive sports. Most people see the competition as an opportunity to improve on their poses and see the result as extra motivation.

Similar to other performance competitions, audiences cheer and applaud the competitors when they are impressed by the number of ways the yogis can bend and twist their bodies.

Any backlash from traditional yoga practitioners?

As you’d expect, some traditional yoga practitioners would disagree with the practice of competitive yoga. They believe that it places too much importance on comparing yourself to others and encourages the idea that different poses have more value over the other. For instance, no contestant performs a corpse pose during the competition since it won’t give them any scores.

At the end of the day, the great thing about yoga is that it can be interpreted and practiced in so many ways. While some may think that mindfulness can only be achieved through traditional yoga, it’s possible that some can find it through friendly competition. Competitive yoga is already being practiced in over 32 countries and, if it’s inspiring more people to take up yoga, we can’t simply dismiss it as an illegitimate practice.

Want to learn more about the latest trends in competitive yoga? Call us today.