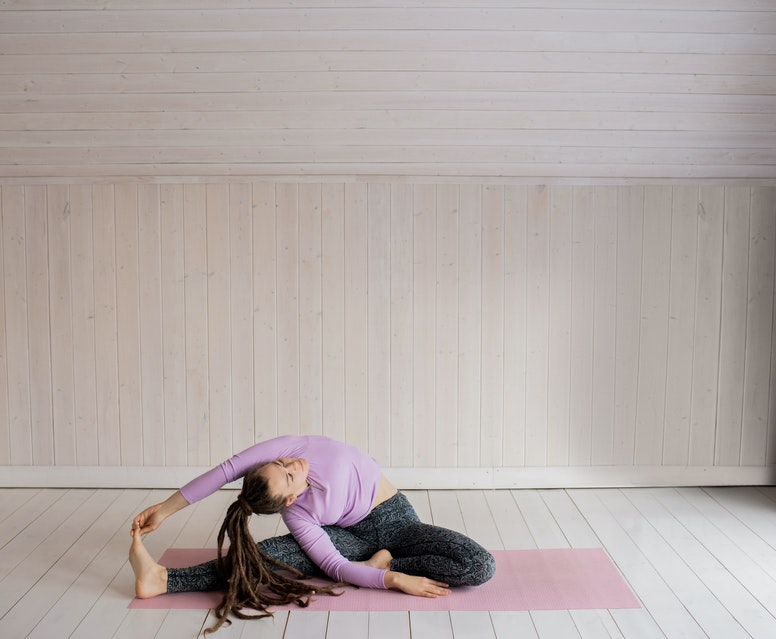 With a new year upon us, now is a great time to reflect on 2015 from a yoga perspective. It’s been a pretty crazy year yoga-wise, with old-timers yoga and “doga” (that’s yoga for dogs) being a few of the trends to rise in popularity this year. Whether you lived them yourself or missed them altogether because you spent this year at a yoga retreat in the Himalayas, here are the top five yoga trends of 2015.

Regular hot yoga hasn’t been ‘hot’ for a couple of years now. In 2015, however, hot barre became all the rage as more and more people started giving it a try for themselves. This more intense form of hot yoga sees participants burning up to 200 calories a session, and not to mention, sweating like crazy. The practice is likewise good for detoxing the body and giving you a deeper stretch. As we observe more yoga studios across the country offering hot barre yoga classes, it’s likely this fat-burning practice is here to stay.

Yoga fashion has been big business for a few years now, but 2015 saw the industry take off to a whole other level. In addition to yoga tops becoming an acceptable street fashion item during the summer months, yoga pants became a wardrobe staple both inside and outside the classroom. As Business Insider reported in October, yoga pants have replaced jeans as the go-to pants for this generation, and stores like Gap and Old Navy have already released lines of yoga pants to keep up with the trend.

“The couple that practices yoga together, stays together” could very much be the new saying that makes its way around yoga studios. Believe it or not, more and more couples have started attending yoga classes together in 2015, and the yoga studio has become one of the hottest date spots around. It might not be up there with Netflix and chill just yet but, if you and your partner both enjoy yoga, why not enjoy it together? And with your partner around, you have the added benefit of not having to deal with creepy-ponytail-guy asking for your phone number after class.

Another relatively new form of yoga making waves in 2015 was weight training yoga. Here you practice yoga as normal, but also add dumbbells to the mix. The result is a more intense workout that not only allows you to work on your muscles and improve strength, but can also assist you with calorie-burning and toning. While this a good way to add a challenge to your yoga routine, adding weights can also make it harder for you to focus on breathing, which can lead to you losing some of the relaxing and meditative aspects of practicing yoga.

If you have a friend who practices yoga and they happened to make their way to a beach in 2015, chances are they posted a picture of themselves doing a yoga pose on the sand. While this wasn’t the first year that people have done this, for whatever reason it really blew up in 2015. It seems Facebook and Instagram are awash with pictures of people contorting their bodies on fine, sandy beaches. There’s no doubt that 2016 will see much of the same. If you ever find yourself vacationing on a beach, it’s likely you’ll be unable to resist the urge to snap a yoga pose of yourself.

This has been a great year for yoga, and we think 2016 will be even better. Contact us today if you have questions on these trends or want any other yoga-related information.